The Girl Who Fell Beneath Fairyland and Led the Revels There, by Catherynne M. Valente 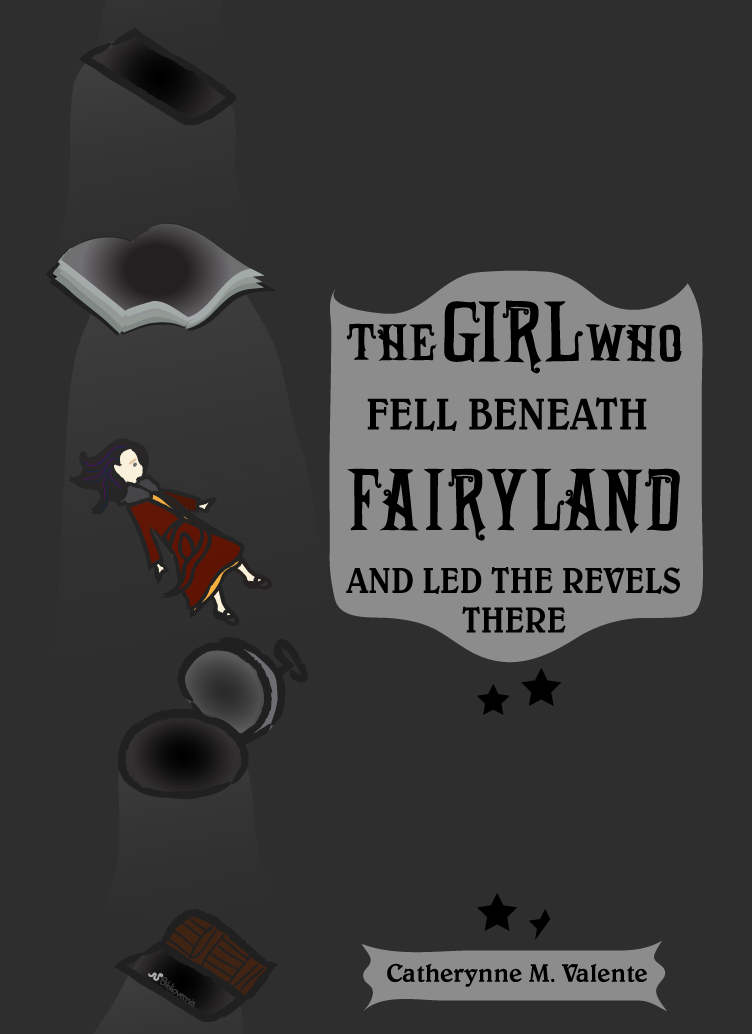 September has waited all year for Fairyland to reveal itself to her again. She wants nothing more than to experience the lightness and joy that Fairyland has to offer, after the darkness of her last adventure. But Fairyland is losing its magic, and September knows that it's all her fault.


Not as well-crafted or as shrewd and worldly as The Girl Who Circumnavigated Fairyland, but an enjoyable return to beloved characters.

You can read a prequel to this series, The Girl Who Ruled Fairyland—For a Little While, at tor.com.

Good for: Fans of The Girl Who Circumnavigated Fairyland in a Ship of Her Own Making, Lewis Carroll, or even The Magicians. 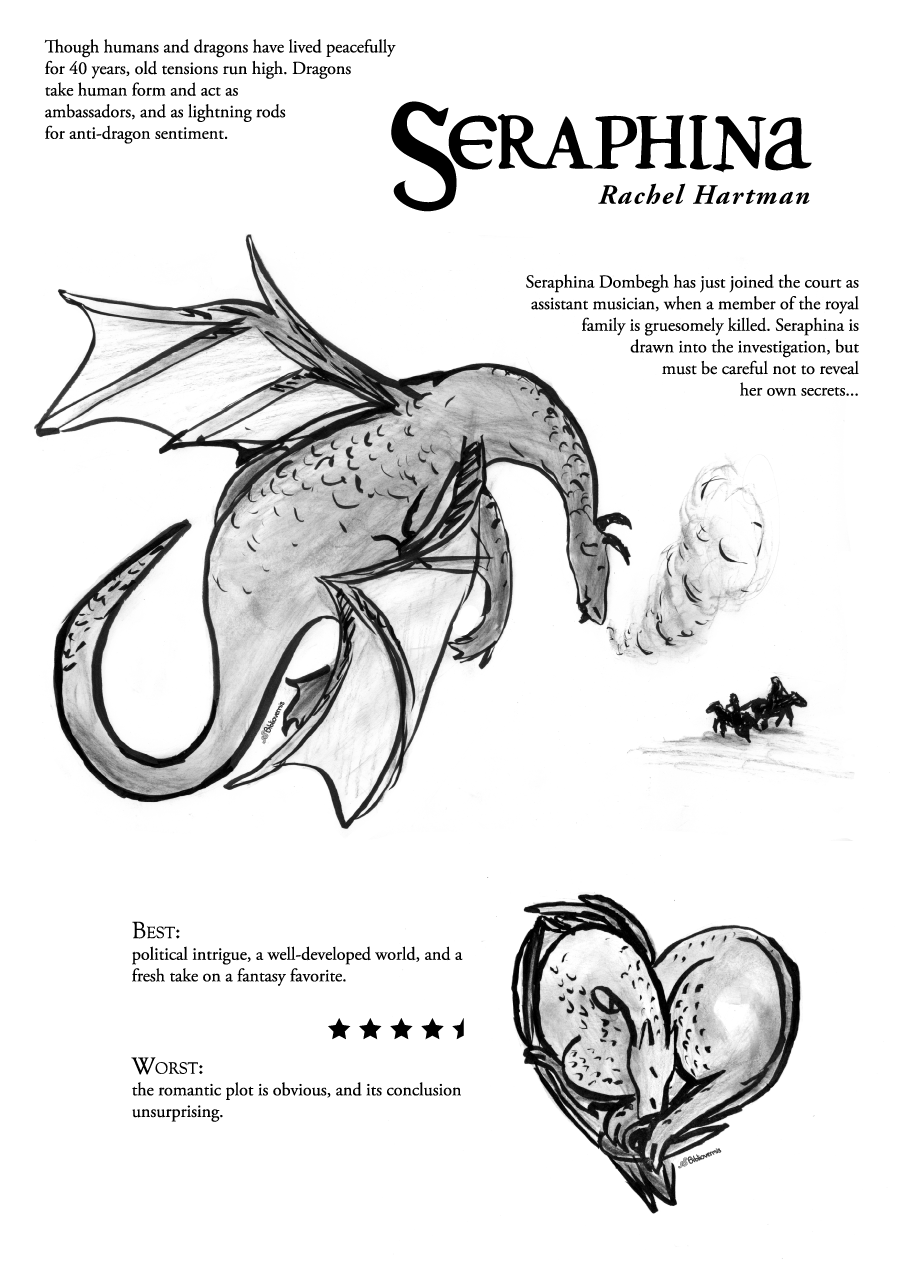 Good for: Oh come on, you know who you are, fantasy fans. You saw dragons and your ears perked up. You're not fooling anybody.

This book is advertised to both adults and young adults.

The Aviary, by Kathleen O’Dell 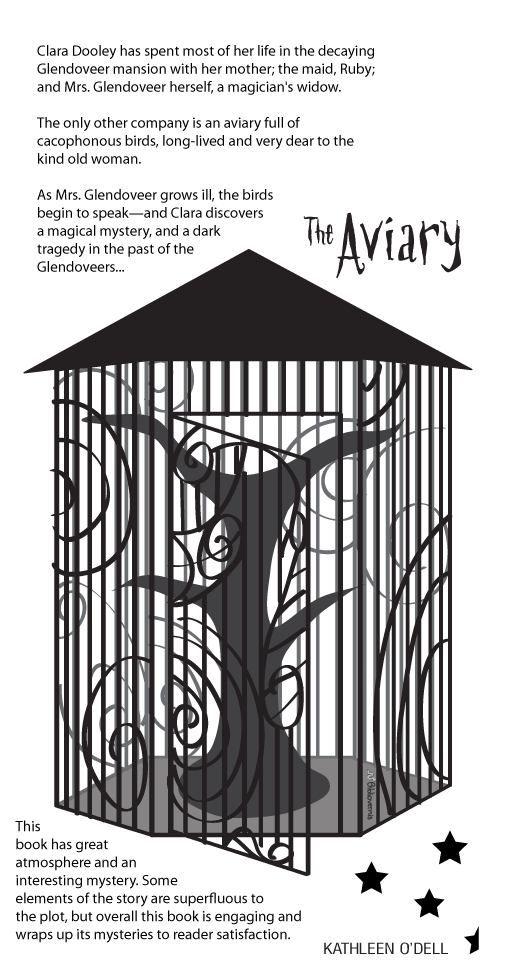 Good for: fans of kids' gothic horror and mystery. It has a lot in common with books like Splendors and Glooms, (while not as scary) Miss Peregrine’s Home for Peculiar Children, and (while not as funny) The Incorrigible Children of Ashton Place.

The Twelve, by Justin Cronin 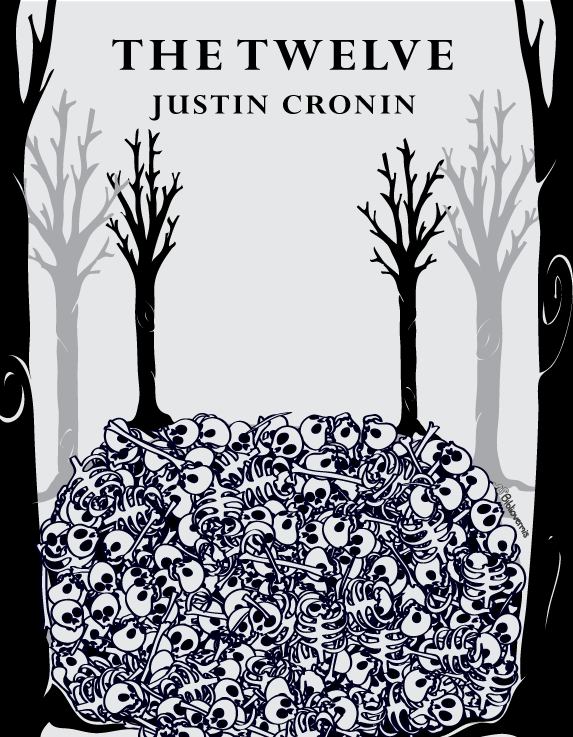 In this sequel to The Passage, more stories of the apocalypse and its victims are told. And 100 years in the future, the story of the last human stand against the Virals, and Amy, the Girl from Nowhere, continues.

For 5 years, the search for the remaining eleven of the twelve original Virals has been fruitless. Though their accomplishments bought humanity precious time, Some of Amy's friends from the Colony are lost forever, and those that are left are scattered and demoralized.

Only in investigating a truth that the government and the military would rather ignore—a new evil, more insidious than they've encountered before—can they be reunited, and continue on the path toward the salvation of humanity.


The Twelve is pretty good horror that weaves together multiple storylines about survival and freedom. But, it's not as scary or thrilling as The Passage, messes with internal consistency, and I found it overly sentimental.

Spooky elements: The Virals are still pretty scary, and this book has some good frightening exploration of the effects of trauma and mob mentality on the way humans treat each other.

Good for: Fans of The Passage

The Passage, by Justin Cronin 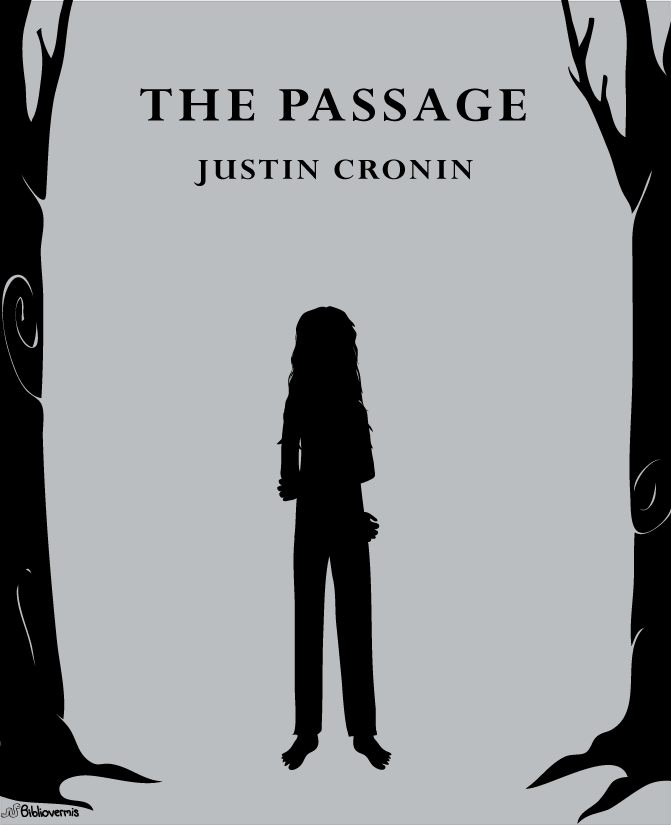 The 13th experiment, a young girl named Amy, is rescued by her former captor, but no one can save society from collapse.

As decades pass, and the world, desolate but for a few small pockets of survivors, sleeps, Amy survives, and with her the power to save what is left of humanity.


An epic, suspenseful thriller about devastation and survival, encompassing several generations during and after the Viral apocalypse.

While some people may have trouble keeping the many characters straight over the span of a hundred years, I thought they were easy to remember and easy to care about.

Spooky elements: "Spooky" is the wrong word, but this book is about apocalyptic vampire zombies and the end of civilization as we know it. Enjoy!

Good for: Do you like Stephen King? Horror? Suspense thrillers? This is a pretty perfect example of the genre.

At first, the premise of the book (how many times have we already read about vampires?) seemed hokey, but The Passage turned out to be very difficult to put down. The book was suspenseful, engrossing, and interesting: in short, everything that was promised on the cover. It's exactly what you'd want from a book of this type. 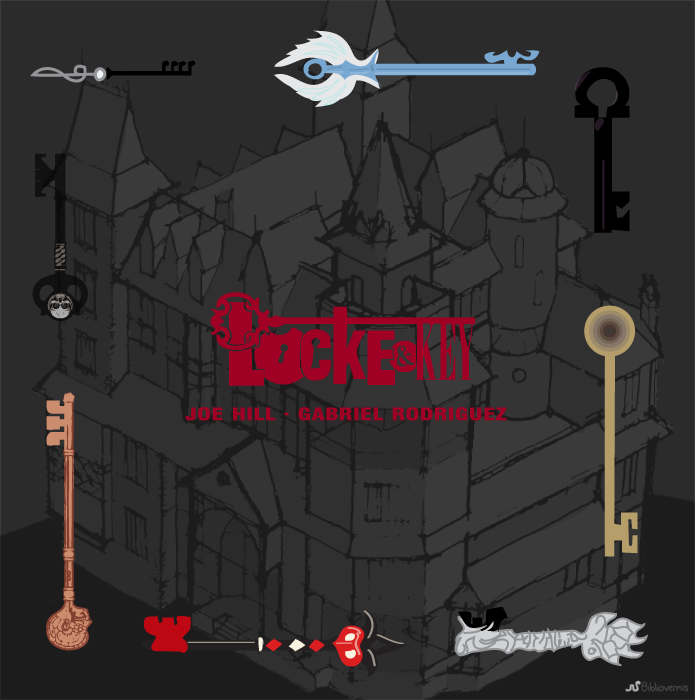 After their family is attacked and their father is brutally murdered, the Locke siblings, Tyler, Kinsey, and Bode, move with their mother to Keyhouse, their ancestral New England home.

Keyhouse has many doors, and many keys. When a door is unlocked, it might lead somewhere other than where you'd expect—or you might be changed in crossing the threshold. Even in their grief, exploring Keyhouse is an exciting prospect for the Lockes.


Locke & Key is an amazing comic series. It's horror that will keep you up at night, but that's not all: it's a richly layered, well-developed fantasy / mystery / suspense-thriller, with gorgeous artwork.

Terrifying elements: Extremely grisly murders (with pictures). Evil creatures taking people over and making them go on killing sprees. Horrible things happening to characters you are fond of. A key that kills you for a bit, a key that opens your brain, a key that plays a music box that controls people, a key that lets the evil out...

Good for: This series is very disturbing and is not appropriate for children or adults who aren't into nightmares. If you are an adult and you want your pants scared off you, this series is amazing.

Locke & Key is written by Joe Hill (who you may remember from my 5-star review of Horns from last All Hallow's Read) and drawn by Gabriel Rodriguez. This story is currently collected into 5 volumes, with the 6th and and final volume on the way. The fifth volume is the best yet!

Girl of Nightmares, by Kendare Blake 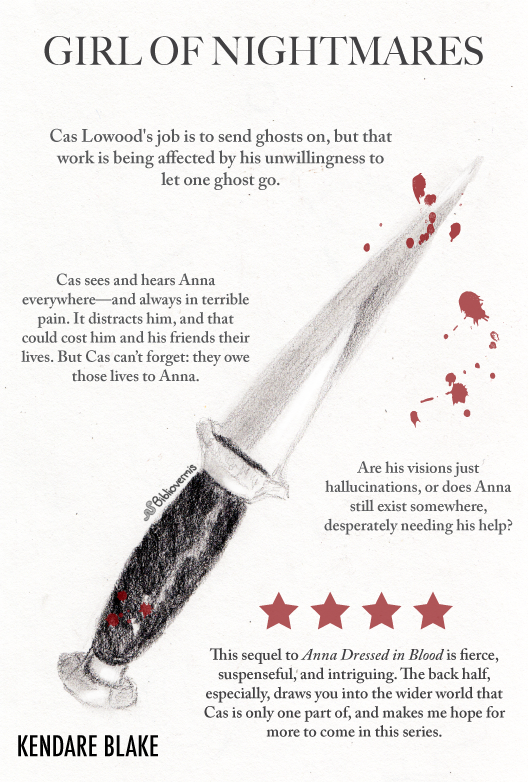 Spooky elements: All the terrifying dead stuff of Anna Dressed in Blood, plus some good, ghastly world-building and creepy secret societies! 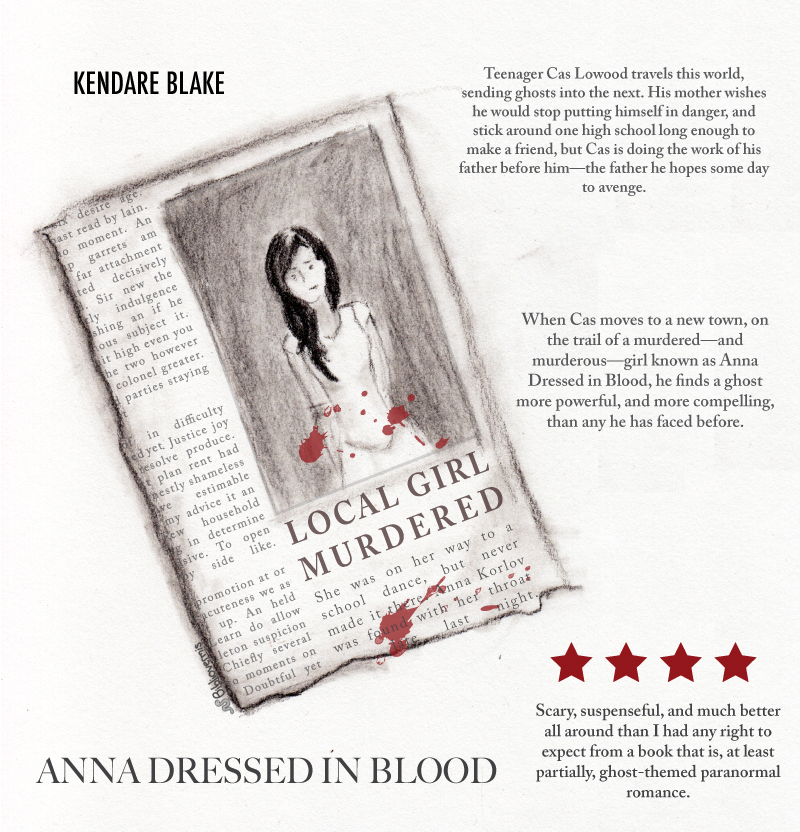 Spooky elements: I thought the idea of corporeal ghosts (the better to make out with) was pretty silly at first, but damn if it isn't scary as heck.

Good for: The obvious answer is paranormal romance fans, but the romance is actually pretty light and the scares and thriller bits are fast and frequent.

All Hallow's Read!
Give a book for Halloween! 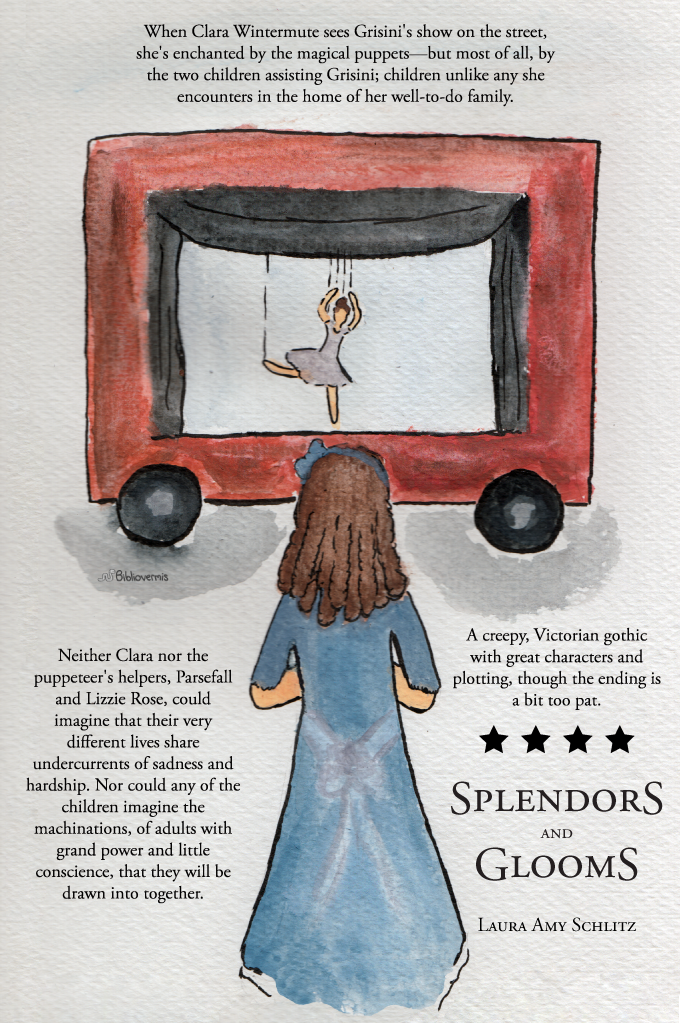 Good for: It's very similar in atmosphere and subject to The Night Circus. It can't seem to decide if it's a middle grade or young adult book, and I'd say it falls somewhere in between. The Night Circus for teens!

In A Glass Grimmly, by Adam Gidwitz

All Hallow's Read!
Give a book for Halloween! 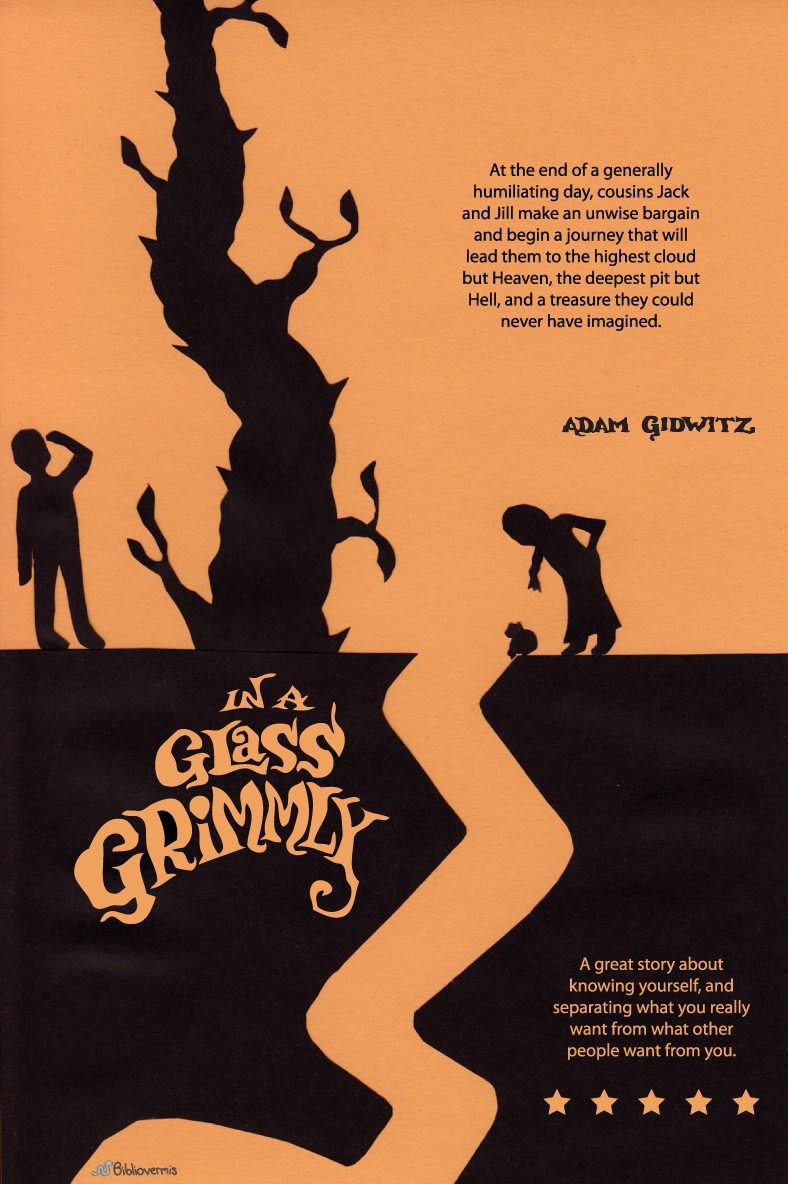 Good for: Kids-and-up fans of scary, spooky, gory fairy tales. While the story didn't resonate with me the way A Tale Dark and Grimm did, for adolescents going through the struggle of creating their own identities, it may be an even better fit.