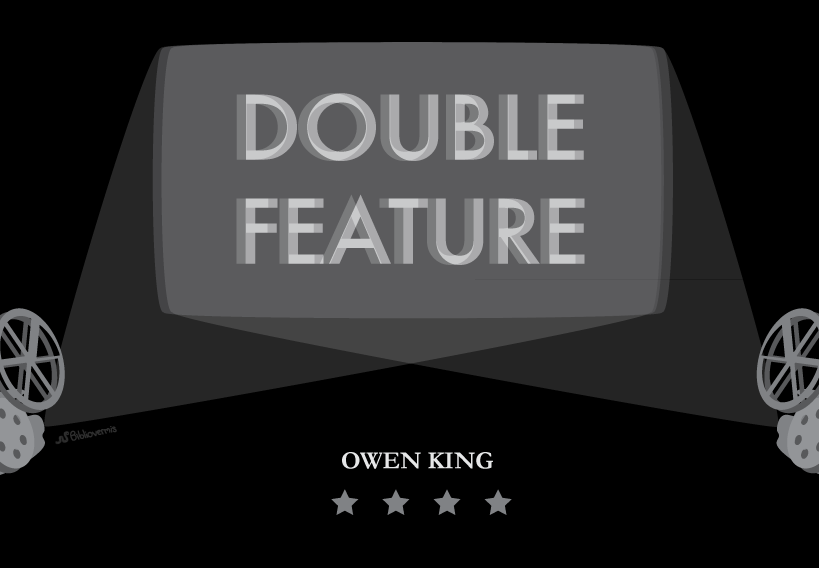 Madcap and funny, with a nice patina of existential dread. I don’t want to give too much away here in the words, or the illustration, because the fun is in the discovery.

Sam’s relationship with his father is richly complicated (the disappointment in the loss of the closeness of childhood—does he love Booth or hate him? The decision to go into a similar field—does he want to make Booth proud? Is he competing with Booth? Is he LOSING?). The relationship with the convenient love interest, though, with her apparently boundless tolerance for ill treatment and bizarre circumstances, was a boring counterpoint.

Good for: humor fans, cinephiles, anyone with a dream unfulfilled. Reminiscent of The Autograph Man.

The Last Girlfriend on Earth: And Other Love Stories, by Simon Rich 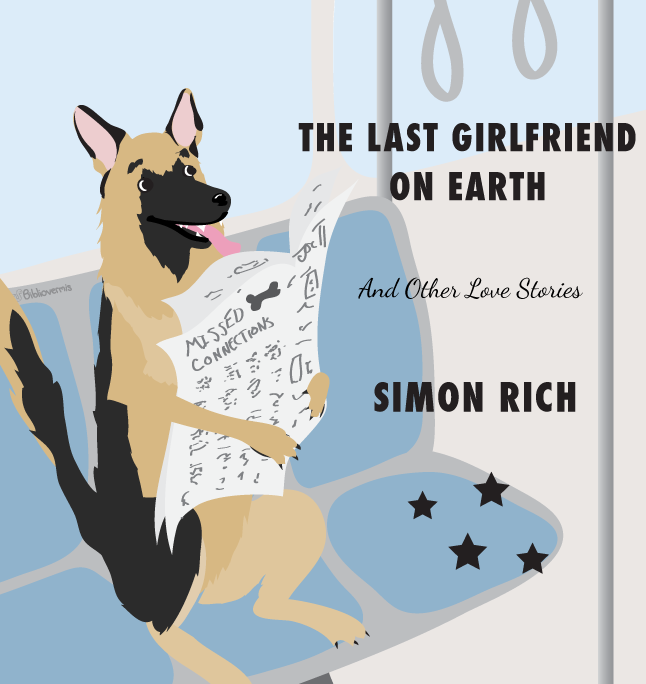 The life and times of a condom; God’s work gets in the way of his relationship; a protester goes to great lengths to get a date, sparking a national Occupy movement; Mom kisses Santa Claus, but their relationship suffers when she sees him only once a year; a man marries Mother Theresa; and, missed connection classifieds for dogs.

This collection was really funny. I had seen some of the stories previously, and they didn’t suffer from being read a second time. My only qualm in recommending it is that the stories have a general message of: "Girlfriends! Right, fellas?!"

Good for: Fans of humor, short stories, Dave Barry. You may remember Simon Rich as the author of What In God’s Name.

Consider The Fork, by Bee Wilson

Consider the Fork is not just a history of the kitchen. It's an overview of human innovation, of changing cultural mores reflected in kitchen gadgets, and of the global influence of various cooking styles and techniques. With chapters focusing on different aspects of the kitchen, Consider the Fork covers everything from the types of heat used in cooking, to the utensils used to deliver food to our mouths. There are short pieces on interesting kitchen items between full-length chapters.

This book is seriously fascinating, and not just for chefs and gourmands. You'll be surprised how much a culture can be influenced by the way its members cook and eat, and by how much the way people cook and eat is influenced by other elements of a culture. I learned way more about historic architecture, metallurgy, the science of refrigeration, and changes in human dental structure than I expected when I picked up the book. Skip the boring introduction and go straight to Chapter 1—but be careful! You might feel an increasing need to buy a whole bunch of new, well-made kitchen equipment.

Good for: This book was really good, and I'd recommend it to anyone interested in cooking, human development, industry and innovation, kitchen gadgets... the list goes on!

Because I Said So!, by Ken Jennings 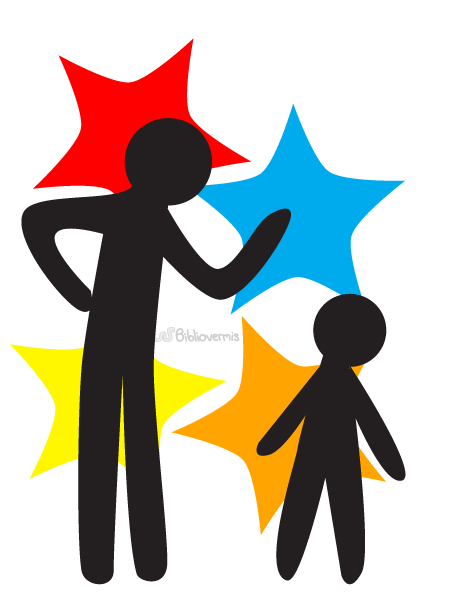 Because I Said So! is an entertaining look at questionable parental beliefs, and outright old wive's tales, and it's laugh-out-loud funny. Don't be surprised if you find yourself reading half this book aloud to whomever will listen!

In debunking or confirming various pieces of conventional "wisdom," Jennings references a lot of studies and articles, but provides no citations. It's a fun, breezy read, not a research-driven treatise. I found what was true just as surprising as what was not. But the downside is, you may find yourself wanting to know more about a particular study and not knowing where to start.

Good for: Anyone who ever wondered if their face would really get stuck that way.

On the Map, by Simon Garfield 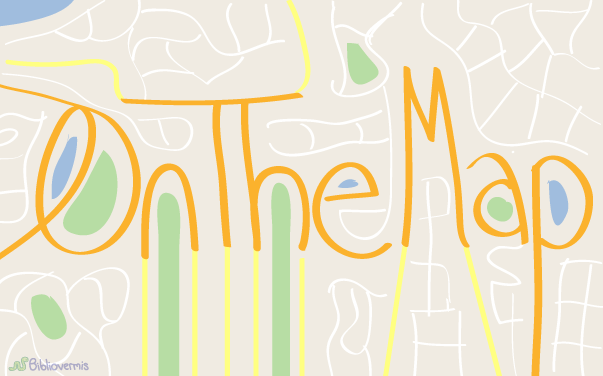 It is very similar in format to Just My Type, but is not quite as interesting—or maybe I'm just not as fascinated by maps as I am by fonts. For one thing, it's much easier to show typography in a book (it's impossible to show maps in a small, black-and-white book as impressively as they appear in real life). For me, the book has a very slow start, but gets more interesting as it moves through time to discuss modern maps and their usages, including GPS and Google maps.

Just My Type, by Simon Garfield 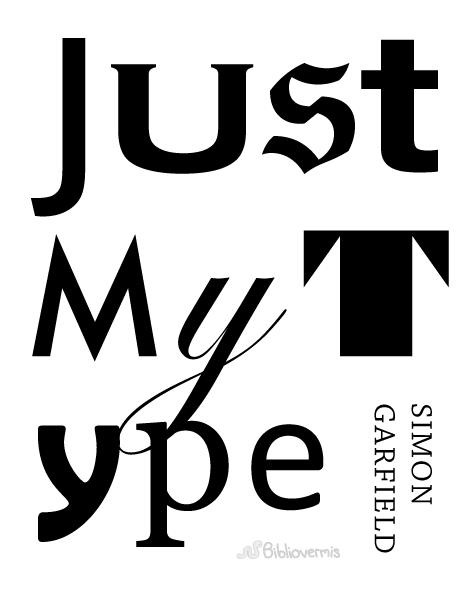 Some of Mr. Penumbra’s 24-Hour Bookstore involves a (made-up) ubiquitous typeface. After reading it, you'll have a renewed respect for the typefaces you encounter in your daily life—and maybe a new interest in typography. Just My Type is the perfect book to capitalize on that.

Just My Type is a short history of printing and type design, with emphasis on particular typefaces and type designers. If you ever wondered how they chose the fonts used on U.S. Interstate signs or the London Underground, why everyone hates Comic Sans, why Helvetica is everywhere, or why Obama's campaign font is named after a city from Batman, this book will tell you—and do it without being boring.

Good for: One of the subjects of the book is that with word processing on computers, regular people have a closer relationship with typefaces than they ever have before. With prominent typefaces used in advertising and the dizzying number of fonts that come bundled with any computer, or are available for free online, just about everyone knows the name of a handful of typefaces, and most people have a favorite. If you have a favorite typeface (or just love to hate Comic Sans), there will be something in this book to interest you. 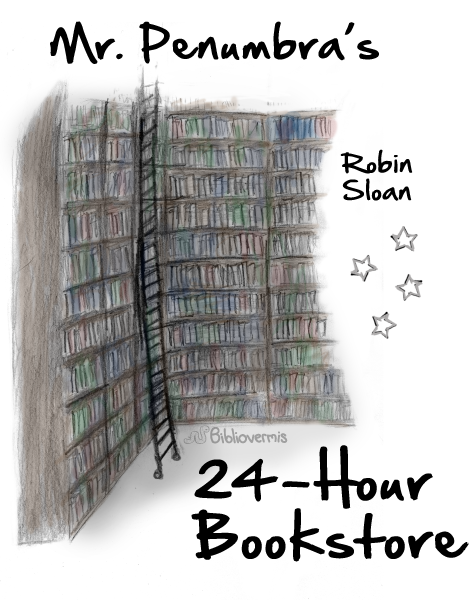 Clay Jannon, a recession-afflicted web designer, takes a last-resort night-shift job at a 24-Hour bookstore—the main requirement being the ability to quickly climb a ladder up three undivided stories of bookcases. Though immediately taken with Mr. Penumbra, the elderly proprieter, Clay can't help but notice that the store is a very strange one: less concerned with making a profit selling the negligible stock in the front, and more with facilitating the borrowing of huge, gibberish-filled books from the massive shelves in the back.

Working on upgrades to the store's ancient inventory software, Clay uncovers the puzzle these books are hiding—and accidentally solves it. The next day, the store is closed, Mr. Penumbra is nowhere to be found, and Clay and his Silicon Valley friends go off on an adventure that will become a struggle between the old and new, the past and the future, in which the goal is not to win but to learn to work together.

This book is combination slice-of-life, science fiction, and D&D quest adventure, full of both historic exposition and futuristic-sounding science and tech. Some of it is true, and some is fiction, but because true things can sound so implausible, and fiction can seem so real, it's impossible to tell which is which without stopping to Google every few minutes. It keeps you a little off balance, and gives the whole book a fun surreality.

Under Wildwood, by Colin Meloy, with illustrations by Carson Ellis

After saving her brother and all of the Impassable Wilderness from the evil machinations of the Dowager Governess, Prue McKeel can't seem to return to the interests (few) and responsibilities (boring) of everyday life. Her mind is constantly drawn back to the adventures she had in the Impassable Wilderness, and the friends she left there—especially Curtis, now a bandit-in-training, whose family outside does not know his whereabouts. Separated from her friends, Prue has little idea that although the coup she led was successful, she is not safe, and neither is the Wood.

This sequel to Wildwood is not as good as the original: it suffers from long, boring stretches where nothing much happens, and frequently succumbs to telling rather than showing. It reads as though, in the rush to get this sequel out in good time, there was no time for editing and rewrites which may have tightened the prose and livened the story. It is not a terrible book by any means, but in future I think it will only provide a bridge from the engaging first book to the—hopefully superior—third.

Good for: Fans of the first book in The Wildwood Chronicles series will want to know what happens next.

Hazel and Jack are best friends. Then, suddenly, Jack becomes someone different—someone who does not talk to Hazel, and no longer knows the value of stories and imagination. Everyone says it's normal for boys and girls to stop being friends at their age—her mother is surprised it didn't happen sooner. But Hazel knows that when people change so completely overnight, there must be something more to the story—an evil witch, a magic mirror, time travel, or a spell. And Hazel is right.

Like many fairy tales, this is a story about growing up. Hazel and Jack both have changes to struggle through, and must learn what things in their lives they can rely on, and what is more like ice cracking under their feet. It is also about imagination, and friendship, and stories themselves. It's really lovely, and sometimes painful. The second part of the story, after Hazel enters the woods, could be much longer. As it is it's a bit unbalanced.

Good for: Relying heavily on references to other children's literature, this book will make literary kids feel like part of a secret, special club—and maybe give them ideas of more books to read.

In the town of Remarkable, everyone is just that—remarkably talented, remarkably intelligent, remarkably strong or even remarkably good-looking—except 10-year-old, completely ordinary Jane Doe, who is of remarkably average height, weight, attractiveness, intelligence, and skill. Jane has trouble standing out in her family and her community (where she is the only student remaining at the non-gifted school, yet is still regularly forgotten by the teachers), but when certain events transpire—including Jane getting the sudden attention of the remarkably dastardly Grimlett twins, the arrival of pirates on Remarkable's shores, and the potential exposure of Remarkable's own secretive lake monster—Jane may turn out to be just the person Remarkable most needs.

This book, about an ordinary girl rising to the challenge of a remarkable situation, is super fun and full of zany comedy. The word "remarkable" has lost all meaning, hasn't it?

Good for: This fun, comic, and somewhat madcap tale of adventure will appeal to fans of series like The Incorrigible Children and Alex and the Ironic Gentleman.