I got this up before midnight, so it counts, right? 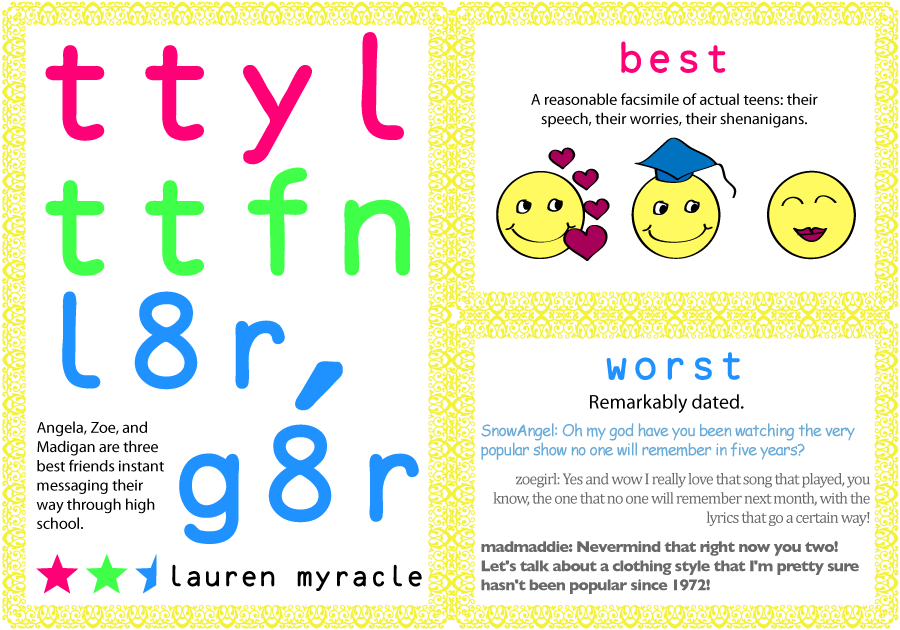 Good for: Teens who are willing to do a lot of Googling, or people who were teens in 2006—though it won't be very relevant to you now.

These books were really hard to review in pictures, so I guess I reviewed them in nicely laid out text. I read ttyl for a class, and I figured I'd finish out the series since one of my readers/friends suggested I read it for Banned Books Week last year. It was nowhere near as bad as I was expecting! If it weren't for the worst thing (or if it were 5 years ago), I would have rated them a 3.

Is there a climactic moment where one of them proclaims, "I think I have a chance with this guy!"? If there is, then I may possibly read it someday if I'm super bored.

You know, I was going to say, "basically, yeah, but I don't think anyone says that word for word..." ...but I'm actually not that sure they don't say it word for word. http://www.homestarrunner.com/tgs2.html

Seriously though, don't read it.

Not to worry. Consider it not read.

i love the book 11 it is very inspireing