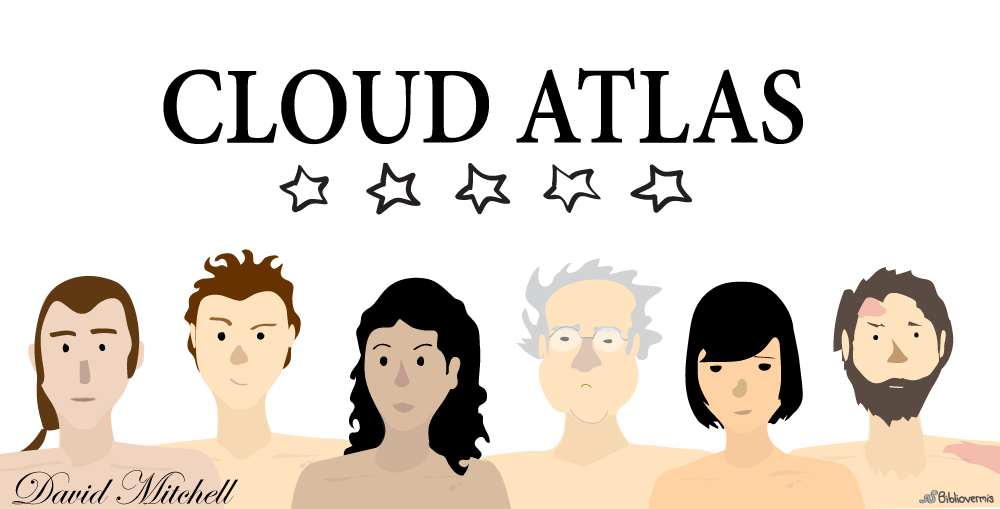 A good man surrounded by ruffians on a Pacific voyage in the 1850s.
An insolent, irreverent, and very talented composer nonchalantly evading his creditors in 1930s Britain.
A journalist, on the trail of a dangerous mystery in 1970s California.
An old man in a series of unlikely and increasingly horrifying situations in the early 21st century.
A cloned woman awaiting execution, telling her story of achieving personhood in future South Korea.
A man in the far future, surviving in the ruined world.

David Mitchell's Cloud Atlas is an epic tale reaching deep into the past and far into the future. Its major conceit—6 characters, each reading or experiencing, and then interrupting, a story about the character before them—sounds irrational, but the execution is brilliant, compelling, and remarkably easy to read.

Good for: People who like books that are awesome. Adventure, science fiction, historical fiction, and suspense thriller—this book has a story for everyone. The interlocking themes of the stories lead you from one to the next, and the nesting, which creates a desire to get back to the characters you just left, makes it a hard book to put down.

Yeah, I heard of this book before they started making the movie. Now you've reviewed it too! Clearly I must read it.

RUFFIANS! That word is not used NEARLY enough. I'm still excited for the movie despite myself but God I love this book.

I'm kind of excited for the movie, too, although the choices they've made so far don't make a lot of sense to me after reading the book! Like, why have one person playing a particular bunch of characters when it is CLEARLY indicated that they are, in some fashion, a completely different set of characters? It's like they can't understand the idea of a dude being reincarnated as a lady.