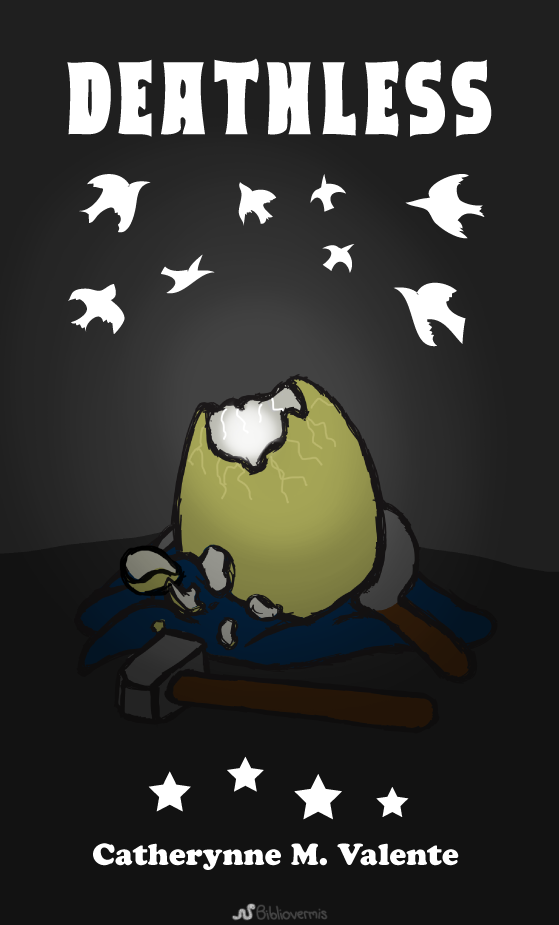 Marya Morevna sees the underside of the world—the magic behind the facade of normal life.

But the world is changing rapidly—each bird that falls from the tree outside and becomes a man to marry one of her sisters wears the uniform of a new army.

There is a committee of house spirits, rather than the usual single domovoi, as so many families now share the small home.

As time goes on, the house becomes more crowded, goods harder to come by, disease easier to catch. Marya begins to think she never saw magic.

But when the fourth bird bounces up from his fall, Marya is married to Koschei the Deathless, boogeyman of folklore and the Tsar of Life.

His ongoing war with his brother, the Tsar of Death, mirrors the struggle in the human world.

And Marya must fight in them both.

A fascinating story that is hard to put down—a blood-soaked, historical-fiction fairy tale.

The movements in time and dreamlike setting and pacing can cause some difficulty in keeping track of the plot, but it's well worth the read.

Good for: Do you like history? Romance? War? Learning about Russian mythology? Me too! Not for kids—they can read The Girl Who Circumnavigated Fairyland in a Ship of Her Own Making instead. This story has many elements in common with that one, in that it is a story with a familiar, fairy-tale basis set against dark currents of reality.

I like that by combining folkloric elements with bits of history, Valente is able to write an original story, yet make you feel like it's always existed—like she's just recording something that has been around for centuries in the oral tradition.

This book has a similar plot basis as the Abandon books from earlier this week—a woman becoming the consort of a deity—but with a more interesting execution that ties into both history and mythology. I really enjoyed this story.